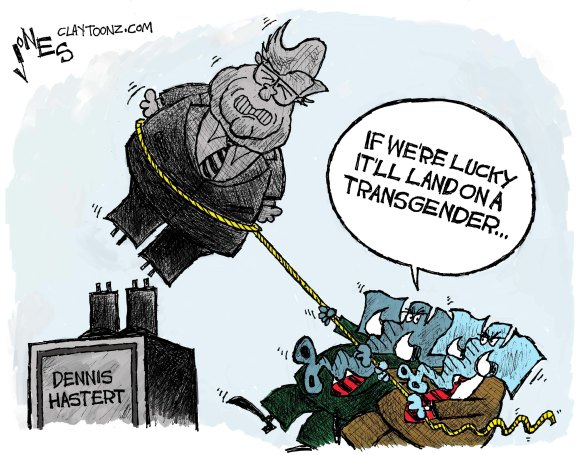 From the British Broadcasting Corporation:

Sex crimes and the Vatican

A secret document which sets out a procedure for dealing with child sex abuse scandals within the Catholic Church is examined by Panorama.

Crimen Sollicitationis was enforced for 20 years by Cardinal Joseph Ratzinger before he became the Pope.

It instructs bishops on how to deal with allegations of child abuse against priests and has been seen by few outsiders.

Critics say the document has been used to evade prosecution for sex crimes.

So, apparently, not just in stirring up ill will between Muslims and Christians is there a parallel between the new pope and the Republican party in the USA.

Like with George W Bush’s Republicans in their Congressman Mark Foley scandal, there is also a parallel in covering up sexual predation on children (as during Foley’s own childhood?).

By the way, the picture of Mark Foley is still on the website of a Republican US Congressional colleague.

I wonder how soon they will take it away.

UPDATE: it was gone on 5 October.

36 thoughts on “BBC: Pope Ratzinger ‘covered up paedophile priests scandals’, like US Republicans”