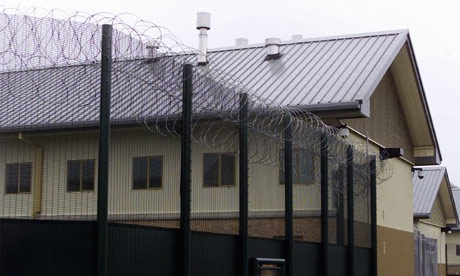 CHILDREN AT RISK IN YARL’S WOOD

Parents of sixteen families incarcerated at Yarl’s Wood Immigration Removal Centre (IRC) are on hunger strike over their appalling conditions.

In her latest report on the centre published last Wednesday, Owers says: ‘There was still no evidence to suggest that the child’s welfare was taken into consideration when making decisions about initial and continued detention.’

She stressed: ‘We continued to have significant concerns about aspects of safety in the centre.

‘It was even more difficult for detainees to obtain up-to-date and accurate information about their cases, as experienced, on-site immigration officers were being withdrawn.

‘Removals were still being carried out without proper warning or planning.’

Owers made her second inspection of Yarl’s Wood IRC in February of this year and published the report last Wednesday 26th July.

More prisoners than ever in Britain: here.